This community hall served as a central meeting place for over 100 years.

William John Quick (1868-1952), a dairy farmer who was born in New Zealand, and Saanich native Esther Tandy Quick (née Carmichael, born 1890) spearheaded the initiative to build a community hall for the Royal Oak neighbourhood in 1911. Interested families donated funds and labour, and the land was purchased at a reasonable price from John Durrance and others. The hall was used for dances and whist drives, basketball games and the Royal Oak Women’s Institute Flower Shows, held from 1912 to 1956.

Since then this hall has provided the Women’s Institute with the ideal location to undertake charitable events such as dances, work bees, and sporting events. The Hall has survived in substantially original condition and received heritage designation in 1979.

"The two story wood frame vernacular Edwardian era building is well proportioned and the prominent entrance is flanked by matching projections, each with a minor hip-type of gable. The front façade was provided with four windows, the upper ones sporting arched headers. A series of decorative roof brackets runs under all the eaves and the exterior of the building is finished with clapboard siding with the upper part shingled." 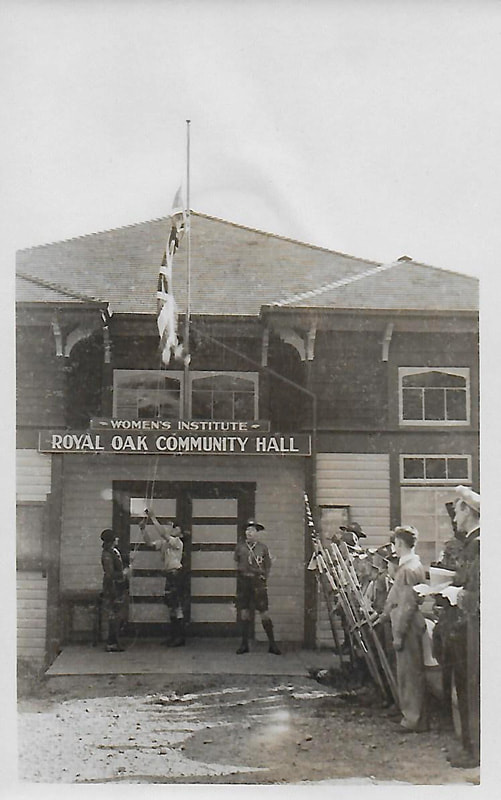